>>> You can create your own meme here: memegenerator.net

Not long ago we were talking about health and advances we have had in this field: cloning, transplants, penicillin, new treatments...


Here's a listening exercise: It's all in the genes (BBC Learning English, 6 Minute English) 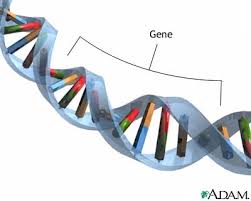 Articles to read:
So, pay attention to these two questions, try to find the difference and answer them:
Who do you look like in your family?
Who have you taken after in your family?

By the way, have you liked the meme I created? You can create your own meme here: memegenerator.net 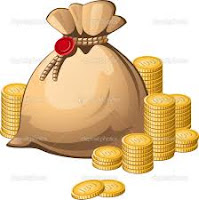 Do you still carry cash to go shopping?  >>>  Listening exercise: How would you like to pay?  (6 Minute English, BBC Learning English)


Tell me different ways to pay.


However, rich men don't always know what to do with so much money.   Listening exercise: Giving away your fortune   (6 Minute English, BBC Learning English) 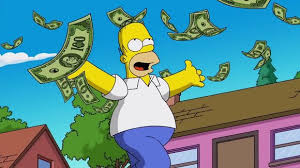 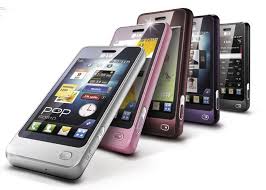 Do you happen to know Mark Zuckerberg? Where is he now?   MOBILE WORLD CONGRESS


Article in the Guardian about the issue

CONGRATULATIONS to our IES MEDITERRANEO STUDENTS!!! 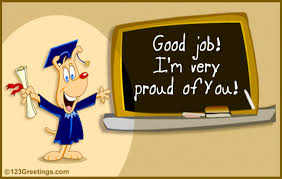 Congratulations to our students at IES Mediterráneo as they got a post published at the ESL Times magazine. 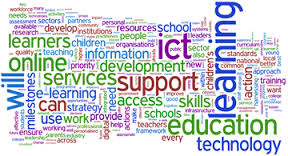 They make reference to the digital project we are involved with and what you are doing in your sites and blogs, which would be a kind of digital portfolio.

Dad, you're behind the curve!! 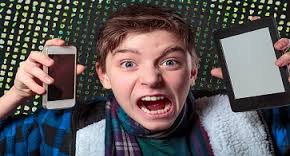 What does the expression 'being behind the curve' mean? What's the opposite?


Let's do this listening exercise and we'll learn about it and about the different ways you can use to pay, especially when you're abroad (for instance, on our study trip to Dublin):

How would you like to pay? (BBC Learning English - 6 Minute English)

Now tell me different ways you can use to pay.

By the way, did you know Taylor Swift breaks Grammy record (News Report)? It is the second time she wins album of the year. I would be lying through my teeth if I told you I know many songs by her, so can you send me any? Actually, old Grandpa is again behind the curve!!! Anyway, I've got my sons to keep me up (This is Albert jr's playlist ). Here's the one I know:

And here's the original video clip: 'Shake it Off' by Taylor Swift.

Pau Gasol in the All-Star 2016 game in Toronto 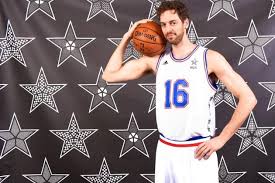 He will be the only white-coloured player and the only foreigner in the game!!!

CONGRATULATIONS!!! You deserve it.

Jimmy Butler with knee injury misses the All-Star game  (We all wish him a fast recovery << to recover from an injury) >>>  Guess who'll be there for the sixth time!!!

By the way, some questions for you about the venue: Where is Toronto? Which NBA basketball team plays there? Which letter is silent (the way it is pronounced in North America)?

And this is how British pronounce 'Toronto'.

Can you tell me any famous player that played in that team? Has any Spanish player ever belonged to this team? 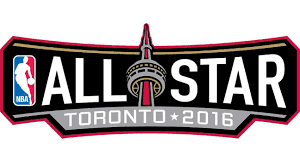 Notes on MODALS for my students in 4º ESO (Can you give me some examples related to our champion Pau Gasol? For instance: "Pau Gasol can play basketball really well. I cannot play basketball as well as him".)

>>  TO TALK ABILITY we use can/can't, could/couldn't, be able to/not be able to.


Examples: I can speak English (Sé hablar inglés)      I will be able to speak English after my five-month course in England.
General ability in the past: Mozart could play the piano when he was four.  (had the ability)
Specific ability in the past: The little boy couldn't swim, but he was able to (=managed to) get out of the water when he fell into the swimming-pool.

>>  TO EXPRESS CERTAINTY we use must.

Examples: Someone is ringing the bell. It must be the postman.

>>  TO EXPRESS IMPOSSIBILITY we use can't.

Examples: 'Someone is ringing the bell. It must be the postman.'    'It can't be the postman because today is Sunday and they don't deliver any letters on Sundays.'

>>  TO EXPRESS POSSIBILITY / PROBABILITY we use may/may not, could/couldn't, might/might not.

Examples: It may rain this afternoon, but I don't think so.

>>  TO EXPRESS OBLIGATION, LACK OF OBLIGATION or PROHIBITION we use must/mustn't, have to/don't have to,  need to/needn't/don't need to.


>>  TO GIVE ADVICE OR MAKE RECOMMENDATIONS with a pinch of OBLIGATION we use should/shouldn't, ought to/oughtn't to. 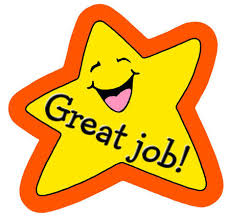 Congratulations to Andrea Gutiérrez (4º ESO B), who has already written her 20 Second Term comments!!!! She is the first student to have done it.

And now for the final 5 quality comments!!! 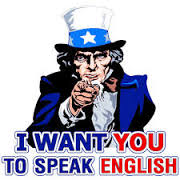 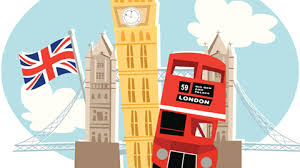 And remember that you can look up the contents in the NEW THAT'S ENGLISH NOTES page.

At the moment they are already broadcasting episodes of Module 12 on TVE2. You can also watch them here: RTVE/alacarta/videos/thats-english 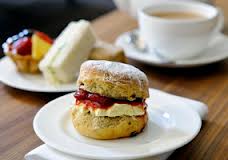 I have updated one of my most popular entries with new material I have just come across. I hope you find it interesting.


Listening exercise: How would you like your tea? (BBC Learning English, 6 Minute English)


We have one Selectivity exam about this topic that we will be doing very shortly. Here you have got an interesting article, which the examiner may have based on:


THE HISTORY OF AFTERNOON TEA

And what is the name of the cake that is on the picture?

And now what is the difference between 'have to' and 'must'?

LATEST NEWS!!!! Well, ladies and gentlemen, we nailed it!!!! because I asked the Spanish agency if we could go to the little village of Cong, and they have just confirmed that we will probably be stopping at Cong (Click on the link and check it yourselves!!!) and have a look at the price as we have a 10€ reduction on the price that we have paid.

When we go on our trip to Galway (Study trip to Dublin, Easter 2016) we will have the opportunity to learn about the rural Ireland, the genuine Ireland!!!

I'm going to present the issue along with some scenes from the film The Quiet Man (film directed by John Ford and starred by John Wayne and Maureen O'Hara, who was actually from Ireland and who represents the typical Irish woman, that is, red-haired and with pale freckled skin).


So to begin with, this is the trailer of the film, which is about an American boxer, who was originally from Ireland. This is the typichal story of many American citizens of Irish origin.


Irish people are said to be very similar to us, Spaniards. Well, here are two scenes from the film: 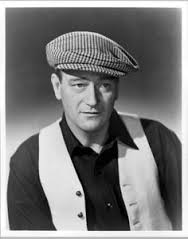 Actually, Irish have the bad reputation of drinking too much >>>  The stereotype of the drunk Irishman  (another example)

Everything used to be very traditional in rural Ireland, especially to everything related with dating, marriages and so on.  (funny scene after the wedding night, pay attention to the way Michaleen pronounce the words IMPETUOUS & HOMERIC: Michaleen Oge Fynn - Impetuous! )

You can even listen to a bit of Irish: IRISH BIT

And here's a bit of music:

We must put an end to this post by enjoying The Quiet Man soundtrack and remember how important it is music for the Irish.

Before saying goodbye you can read about John Ford (the director) and the main actors John Wayne (something to watch about him) and Maureen O'Hara, who died last year (Maureen O'Hara's obituary, CNN). 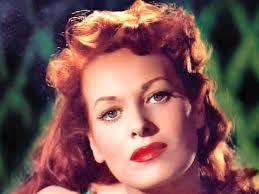 UPDATED: What will the weather be like in 2016, Mr Marmot? 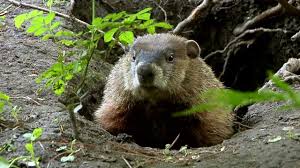 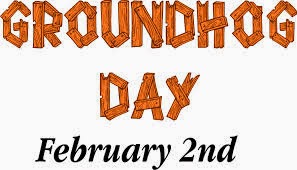 
Marmot Day and the way Americans forecast the weather.What is the other name they use to name this animal? 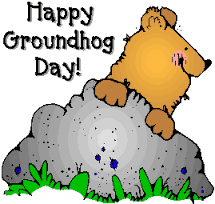 Famous groundhog dies after being dropped by a politician!!!!

What happens if the groundhog sees shadow? CNN 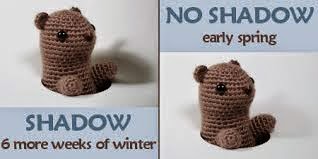 If you have the intention to travel in the next months (what future tense would you use here?) or have already anything planned like your trip to Dublin (and here?), you must be careful with this new health alert:

Anyway, travelling is so great that we shouldn't be terrified to do it. So have some fun watching these videos in French:


And here's a playlist with other hilarious sketches!!! (I hope you'll enjoy them)