Still searching for a heart to love? 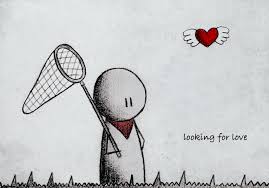 February, the month of love, is here!! Are you still searching for a heart to love? 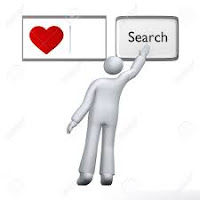 Have a look at the lyrics and try to see what they mean. Can you send me your favourite love songs? We will make our LOVE 😍hit parade: Here are some of my favourites:

- I want to know what love is by Foreigner

- How am I supposed to live by Michael Bolton

- Stop loving you by Toto

- Love is by Rod Stewart

- Love will find a way by YES

- You are the reason by Calum Scott

- All of me by John Legend (suggested by José Miguel Albertus, 4º ESO A)

- You are the reason by Calum Scott (suggested by Mihail Livaditis, 4º ESO A)

- Love of my life by Freddie Mercury (suggested by Ana Muñoz, 4º ESO A)

- All my loving by the Beatles (suggested by Mª Trini Ortiz, 4º ESO A)

- Two hints by Lucía García (3º ESO A):  "You Are the Only One" by the Russian singer Sergey Lazarev and another love song that she loves is "Always" by Bon Jovi. 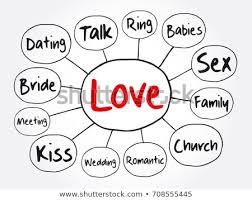 John McEnroe, The Commissioner of Tennis, still talking about the Australian Open >>> A good expression to learn: From pillar to post ?(The English We Speak)


A. Read this text carefully:


It was early morning on August 6th, 1945 in the Japanese city of Hiroshima. Tens of thousands of people were on their way to work, travelling on trams and buses and walking through the crowded streets. Thousands more were already at work. The war had finished in Europe in May, but it was not yet over in the Pacific. However, Hiroshima was strangely quiet and untouched by war. American planes had flown over the city many times in the past few months, but had not dropped their bombs. The people of the city found it difficult to believe their luck. Hiroshima was an industrial city with an important naval base and they could not understand why the Americans had not bombed it like nearly every other city in Japan. They were tense and afraid. Every day they expected the American planes to come.


That morning at 8.15 a man was sitting on the marble steps of a large bank in the city's financial area. Perhaps he had sat down on the steps to wait for the bank to open. Perhaps he was a bank worker waiting to start work. We will never know. But we do know a man was sitting there because at the very moment an atomic bomb, the most terrible and powerful weapon ever made, exploded over the city. First there was a blinding flash of light, then a blast which destroyed every building for kilometres around, then a fire-storm, and finally, silence. Not one atom of the man  sitting on the steps remained after the explosion, but in Hiroshima today it is still possible to see his shadow - the shape of a seated man burnt black onto the marble stone.


Now decide if these statements are TRUE or FALSE :

Define the following words from the text :