Is it really true? Is Albert really going to organize a study trip to the UK?

We all know that our English teacher is always boasting about his trips around the world, but is it really true???
Last year some students challenged him to take them to the UK. He is getting old and he is a bit slow, so he didn't answer straight away but the German machine he has got in his brain began to work.
Time passed, the school year finished, the new school year began... and he didn't say a word. But guess what? He has just worked it out!!!! You have got some of his discoveries in his site. 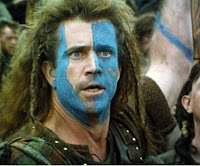 ARE YOU READY TO FIGHT, MEN OF SCOTLAND??? (as William Wallace said)


Just have a look at the different possibilities and let me know your opinions.
Publicado por José Alberto Romero García en 20:44:00 21 comentarios:

Get down on it!

How would you translate the name of our new blong soundtrack song? Make a guess, come on!
Publicado por José Alberto Romero García en 14:01:00 4 comentarios:

The girl who silenced the UN for five minutes.


Julia Romero (2º Bach A) sent me this video about a girl talking in the United Nations.

Can you understand it?
What do you think about what she tells them?
How much vocabulary do you know?
You can make a summary of the vocabulary and expressions used as part of your comment. Thanks!

Let's begin with an Apple commercial.

Have you ever heard of Steve Jobs? He has just died. Let's begin by reading something about him. 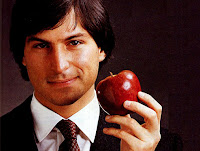 And now two news reports about his death:
CNN     The Guardian 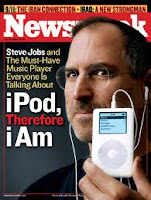 Here are some of his quotations. You can make a comment about any of them.


And finally listen to his amazing speech (part 1 and part 2) at Stanford University (Spanish subtitled version). 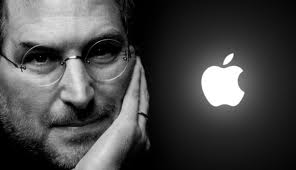