CONGRATULATIONS TO OUR NON-BILINGUAL STUDENTS!!!! 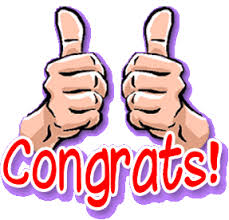 MORE BREAKING NEWS >>>>> CONGRATULATIONS TO Mª José García and Andrea Gutiérrez (4º ESO) for obtaining their B1 in English in the Official Language School!!!! In September I'm sure we'll have again better news when the rest of the students who entered the exam and didn' t pass all the parts have a second chance. Et félicitations à tous ceux qui ont réussi aussi dans leurs examens de français à l'École Officielle des Langues. COME ON , YOU CAN !!! Allez, vous pouvez!!!


BREAKING NEWS  >>>  Again congratulations to our non-bilingual students in 4º ESO for their projects on Braveheart as they have just been published once again in the ESL Times Magazine. Have a look at it!!!

It is true that our non-bilingual students could have done much better, but the results are incredible, especially in the level of 4º ESO.


Here are my recommendations for the summer:

We have just finished our final exams, the Selectivity exams, the Official Language School exams in French and in English, our Music School exams.... and it is time to come to some conclusions. Express them by using IMPOSSIBLE OR UNREAL CONDITIONALS. Let's revise how we make them and the two exceptions will be analysing next year in 1º Bachillerato. For further information on the comparatives you can visit my site.

They are based on impossible situations which we cannot change at all.
SITUATION: Not all the students in the level of 4º ESO studied enough and did all the things they should have done.
If + PAST PERFECT......            >>> CONDITIONAL PERFECT
If Raúl had handed in his folder, some compositions and the projects of the readers he had to read, he would have clearly passed English in June.   BUT he didn't.

Combination of a past fact that cannot be changed and a quality that you don't have, but that you could have (it is still not impossible)

Example: Rita said she would have passed English in June if Albert weren't so strict.

Combination of a past fact whose effects are still permanent.

Listening exercise to do: How to prepare for an exam (6 Minute English, BBC Learning English)