Am I the man or just a man? 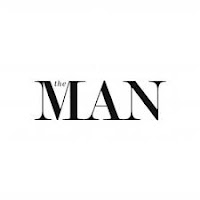 There is a big difference between these two options. Can you explain it? If you are not sure, revise what follows and do the exercises later. The difference will be much clearer, then.

And here's also THE MAN by Ed Sheeran.

Read this incredible story about....


The man who went on a hike – and never stopped walking (Travel, The Guardian)


Your comment can be about an important man or woman who really deserves to be called THE MAN or THE WOMAN. For instance, in the field of tennis and as a supporter of Rafa, I would say: 'He's the man...to win the tournament' or let's suppose someone asks you about English or exams in English, you can advise him/her to speak with Albert saying: 'He's the man ... to talk to'.


DEFINITE or INDEFINITE ARTICLES? or NEITHER OF THEM? You tend to commit too many mistakes concerning the use of the definite and indefinite article, so I advise you to revise the most important grammatical rules about the issue in my site and then do these exercises:  1  ,  2  ,  3  ,  4

REVISION EXERCISES for the September exam  >>>>


81. Write suitable questions for these answers (pay attention to the underlined words).

82. Put the sentences into the PASSIVE VOICE :

1. Did anybody call the doctor?
2. They must repair the bicycles before they go to school.
3. They have recently discovered oil near the Falkland Islands.