The magic is in Madrid 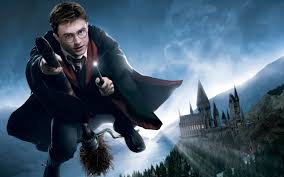 When we hear the magic is in Madrid, we may think of Isco, the football player in Real Madrid, or we may be talking about a new show concerning the figure of Harry Potter. What can you tell me of this character, the book or its writer? What's the connection with Edinburgh? and with Wales?

Related articles you can read: 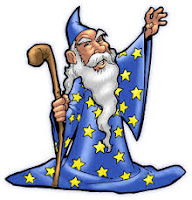 Try to make a glossary of the issue.

59. Read the following text and then answer the comprehension questions.

The  new  song  was a love song. It  has  probably  been forgotten  now;  but I knew it and I liked it. And I  liked the way Ted sang it.

The  audience  enjoyed  it,  too. I  wondered  whether  any secrets  showed  on my face. I knew a lot about other  lips and  other  hearts which told their thoughts of love. The song  was a sad one, but it was also beautiful. The  sounds of  the words were like poetry. For Marian and Ted  Burgess the  poetry had a power which I could not understand it, I believed  in  it. I did not know then that love might  ever cause  unhappiness. It was a good subject, I thought, for a  song  or for a poem. It was particulary good when the music was  played on a piano. It was certainly not connected with spooning.  At  the  end of Ted's song there were  tears  of happiness in my eyes.
The  audience applauded Marian and Ted loudly. She bowed slightly,  but he did not do anything. Everyone laughed and Lord  Trimingham  said:  "He isn't very polite to  her,  is he?"  The  man who was sitting beside me said: "What's  the matter  with Ted? He usually treats the ladies better  than that.  It's  because she is from the Hall, of course."  But at  last  he bowed to Marian and thanked her. My  companion said,  "That's  better.  She's a lady,I know, and  Ted's  a  farmer. But they look well together, don't they?"
When  Ted  came  back to his seat,  he  seemed  annoyed. Everyone  noticed this and enjoyed it. It added some fun to the  party. Ted at a concert was just as popular as Ted  on the  cricket  field.  The crowd laughed at him as  much  as they had cheered him before.

Before doing the activities, here's a video which could be connected with spooning:

QUESTIONS:
(a) Who sang the love song ?
(b) What was the song like ?
(c) Did the narrator enjoy the song? How do you know?

60. Write questions to the following answers (pay attention to what is bold printed) :

(a) Food won't be needed next year.
(b) The men were taken to Manila by the submarine.
(c) The message had not been delivered.

(a) "What are these nasty boys doing here?", the Savage said.
(b) "Nobody believes it's going to happen. Everybody thinks it will pass away", he said.
(c) "Don't think about it any more", he said.


Note that the text is an extract from the novel The Go-between by L.P. Hartley (here's a link to the book in pdf) Do you know what a 'go-between' is? Can you tell me what the story is about?