What are 'manbags' for? 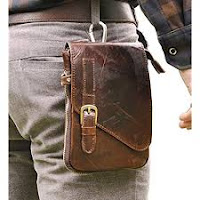 Manbag? No, it is not a man you use as a sort of a bag!!!!! Here's the definition provided by Cambridge Dictionary.


Here's a listening exercise to do: Who needs a manbag? (6 Minute English, BBC Learning English)

Activities for my 2º ESO students:  Has your father got a manbag? What does he use it for? If you had one, what would you use it for?

Some exercises connected with the section USE OF ENGLISH.

1. Give one synonym of “FRIGHTENING” (adjective).
2. Give a verb with the same root as CONNECTION (noun).
3. Turn the following sentence into reported speech: Prince Kretzulesco said: “I have been considering leaving Germany next year”


The smart way to improve your English | Learn Collocations.... MAKE