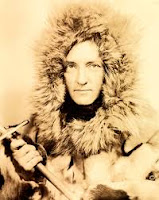 (THIRD WEEK of quarantine) We are living times of confinement and solitude, but nothing compared to the experiment carried out by Richard E. Byrd, American explorerin in his...

Some other documentaries to watch about the topic:

And talking about our bloody pandemia:

Coronavirus deaths rising fast in Europe and US  (BBC News)

By the way, I want to congratulate our students for their great effort to do all what they are asked for. 60% of them are already working and participating.


Things handed in and corrected: almost 300

Visits to blog and site during quarantine: more than 3,500 (Average of 300 visits per day)

RECOMMENDATIONS FOR THE QUARANTINE 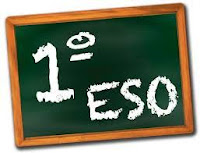 Solutions to exercises on page 148.

>>>>  Write a comment on this post about rules and issues during our quarantine using MODAL VERBS: CAN, SHOULD & MUST (in the affirmative, negative and interrogative forms). 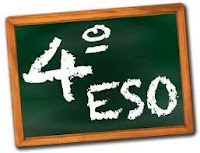 49. 1. I  read Braveheart two months ago, but I still remember the story.
2. I have had this watch for twenty years, but I have already bought a new one.
3. Have you finished the exam yet? No, I have just begun.

52. Spain has imposed a stricter lockdown.   Donald Trump has just announced new measures of US citizens.

1. Yes, I do, but now I can't because of the qurantine
2. I usually come home by nine.
3. Yes, I do because streets are not very safe at the moment.

59. Check in this map and here to see where the Highlands are.


These are the tasks for today: 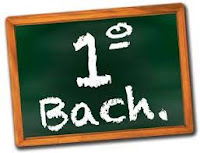 15. TRANSLATE
1. Have you made any New Year's resolutions yet? No, I haven't done them yet.
2. Don't expect him to help you, he's too busy.
3. You have to help him, but you don't have to lend (don't need to lend/needn't lend) him any money.
4. Shall I lay the table? I have to listen to the news. I must not miss them.
5. Sheila did the washing after she had done the shopping.
6. He had to buy an exhaust pipe and a new battery for his car.
7. Unlike Bruce, Arthur always seems to be broken.
8. I have just remembered that I have to go to the bank right now.
9. She looks very pretty and she seems to be looking at you.
10. They have to take out the chairs, but they didn't have to take out the tables.
11. They have just announced their engagement.
12. I haven't got anything left at the end of the week.
13. That is the friend that came with my brother.
14. It was one of the rings I have never seen.
15. Arthur didn't feel like going to class, neither did she.
16. Pedro likes football a lot and so does Ron.
17. A lady whose rings we keep in the safe had just left.
18. Whose car is that? It's hers.

17. RELATIVE CLAUSES. Insert the second sentence into the first one by means of a relative clause.


1. That's the girl whose boyfriend is working in my school.
2. He was the only person who could tell you the whole truth.
3. I spoke with Peter, who had been talking to his teacher previously.
4. This is the car I would like to buy, but it's very expensive.
5. I saw your brother in the cinema where they're putting "Gone With The Wind", which is my favourite film.

18. Put the sentences into the PASSIVE VOICE :


Arthur asked Mary what was the matter and told her not to cry. Then he offered her his my handckerchief.
Mary apologized for being so boring, but she said she hadn't seen Bruce for the whole weekend. Next, she asked if he had seen him.
Arthur answere he had.
Mary asked him where he had seen him.
Arthur replied he had seen him at the dentist's the previous Thursday.
Mary told him he hadn't come for her on Thursday, so there had to be quite a simple explanation.

Here's another case of confinement you may well remember....