He'll still be there, as usual! 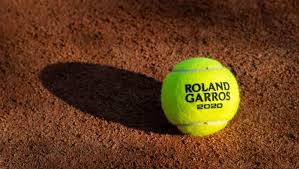 I mean Rafael Nadal will be again in Paris for his 13th final at Roland Garros. Apart from Roger Federer, he will be facing his most challenging rival: Novak Djokovic.

This guy is relentless, UNBELIEVABLE!!!!  "He is unstoppable on clay". I wish him the best of lucks and I hope you can enjoy a great match. 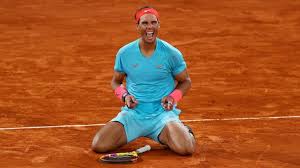 What Roger Federer wrote on Twitter after Nadal's win:

“I have always had the utmost respect for my friend Rafa as a person and as a champion. As my greatest rival over many years, I believe we have pushed each other to become better players. Therefore, it is a true honour for me to congratulate him on his 20th Grand Slam victory.”

It’s Djokovic-Nadal Yet Again. But This French Open Duel Is Not Like the Others. (New York Times) 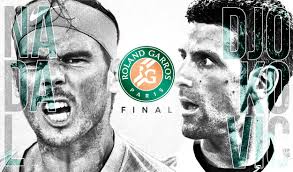 And some other activities for you to do:

Van Halen - Jump (Official Music Video). This guitarist has just passed away and we'll always remember him for these songs.

Rafael Nadal - Never give up no matter the result!!!

Top 5 Rafael Nadal's Matches - Roland-Garros and what some people have said about him: McEnroe, Nico Almagro...