The origin of the word 'OK' 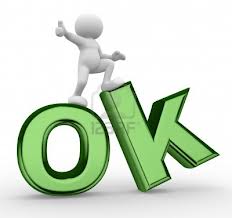 What is the origin of the word 'OK'?

There have been numerous attempts to explain the emergence of this expression, which seems to have swept into popular use in the US during the mid-19th century. Most of them are pure speculation. It does not seem at all likely, from the linguistic and historical evidence, that it comes from the Scots expression och aye, the Greek ola kala ('it is good'), the Choctaw Indian oke or okeh ('it is so'), the French aux Cayes ('from Cayes', a port in Haiti with a reputation for good rum) or au quai ('to the quay', as supposedly used by French-speaking dockers), or the initials of a railway freight agent called Obediah Kelly who is said to have written them on documents he had checked.
A more likely explanation is that the term originated as an abbreviation of orl korrekt , a jokey misspelling of 'all correct'  which was current in the US in the 1830s. The oldest written references result from its use as a slogan by the Democratic party during the American Presidential election of 1840. Their candidate, President Martin Van Buren, was nicknamed 'Old Kinderhook' (after his birthplace in New York State), and his supporters formed the 'OK Club'. This undoubtedly helped to popularize the term (though it did not get President Van Buren re-elected).
The only other theory with at least a degree of plausibility is that the term originated among Black slaves of West African origin, and represents a word meaning 'all right, yes indeed' in various West African languages. Unfortunately, historical evidence enabling the origin of this expression to be finally and firmly established may be hard to unearth.

Some other interesting articles to read about the issue:

And now what is your personal opinion? Do you know any other story?

Have a look at the comment made by Elena (1º ESO A) as it is most interesting:

OK, O.K. or okay is a fascinating word or abbreviation. Its true origin has gradually been forgotten. It could go back as far as the Romans. It has been suggested that it came from the Latin 'Omnis Korrecta' which means 'all correct'. It was used widely by schoolmasters marking examination papers, but it could also come from the Old English 'Hogfor' meaning 'seaworthy' and pronounce as ''hay gay'' by the vikings.

Its use has been so widely accepted that even the American president Barack Obama used it when speaking to some school children in 2009. He was heard to say, "That's OK. Some of the most successful people in the world are the ones who've had the most failures."

It is interesting to note that in this sentence the word 'ok' means 'don't worry' and one of its most appealing features is that it can mean many different things. It sometimes means 'correct', at other times it can express agreement and it can be used as an exclamation or a question. It even has opposite meanings; the sentence 'It is okay' could mean 'good' or 'mediocre', it depends on the tone of voice.

It's usually used as an adjective but in America it can now be used as a verb or a noun. "The boss okayed the purchase," and, "The boss gave his okay to the purchase." However, my English teacher says that the use of 'ok' in conversation is acceptable, but it should never be used in formal writing and making it into a noun or a verb is completely unacceptable and typical of the Americans; but then she is from Britain!