Any couch potatoes around? 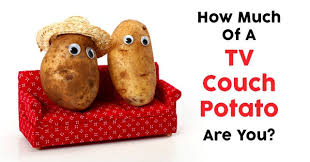 Related articles to read about the issue:

Activities for my 2º ESO studens: What do you usually do to keep fit? How much television do you watch? Do you do sport alone or in group? What does 'couch potato' mean? Look it up in a dictionary.

Here's a listening exercise to do: Why more of us are getting fitter together? (6 Minute English, BBC Learning English)

67. Put the following sentences into the ACTIVE VOICE :

1. Food won't probably be needed next year in Somalia any longer.
2. The men were taken to Manila by the submarine.
3. The message had not been delivered yet.

68. GERUND , INFINITIVE or PRESENT PARTICIPLE. Put the verbs in brackets into the correct form :

69. Join the following sentences together using a Relative Clause :

(a) John and Paul were working on the roof. They left the ladder against the house.
(b) Bill's fingerprints were on the screwdriver. He was later caught by the police.
(c) The bed has no mattress.I slept on this bed.
(d) Tom had been driving all day.He was tired and wanted to stop.
(e) He spoke in French,but the people didn't know French.He was speaking to these people.

(a) "Could you pass me the salt, please?", she asked me.
(b) "She is not the right woman to do this", Jim answered.
(c) "I can't find the road in the map", the driver said.
(d) "Shall we have dinner somewhere after the theatre?" said Peter.
"Yes,let's," said Ann. "What about going to that place Jack is always talking about?"
(e) "Jack's parents have asked me to supper tomorrow night," said Ann. "What shall I wear?"

72. Translate the following sentences into English :

63. (a) She did not intend to be unhappy about him as they had all agreed he had to marry someone rich.   (b) He told her he loved her so much.    (c) He behaved like that because he was very nervous about what he was about to say.

65. FORTUNE.- large amount of money, HALF EXPECTED.- when someone is almost sure something is going to happen & TO STRUGGLE.- to fight, to have much difficulty in doing something
66.    1. The power of poetry cannot be understood.   2. It is said..... ///   The audience is said to have enjoyed very much the play.    ///   The play is said to have been enjoyed very much.  3. The King's father is trying to be cured.