These fantastic rock formations are found in Arizonia, USA and Western Australia. It seems incredible that natural agents such as wind, rain and chemicals could have shaped these 'solid waves'. The Yavapai-Apache, the indigenous people of Arizona, and the aborigines in Western Australia, have alternative explanations to how these geomorphological structures were created.

Can you invent a fable explaining how these rocks came into being? 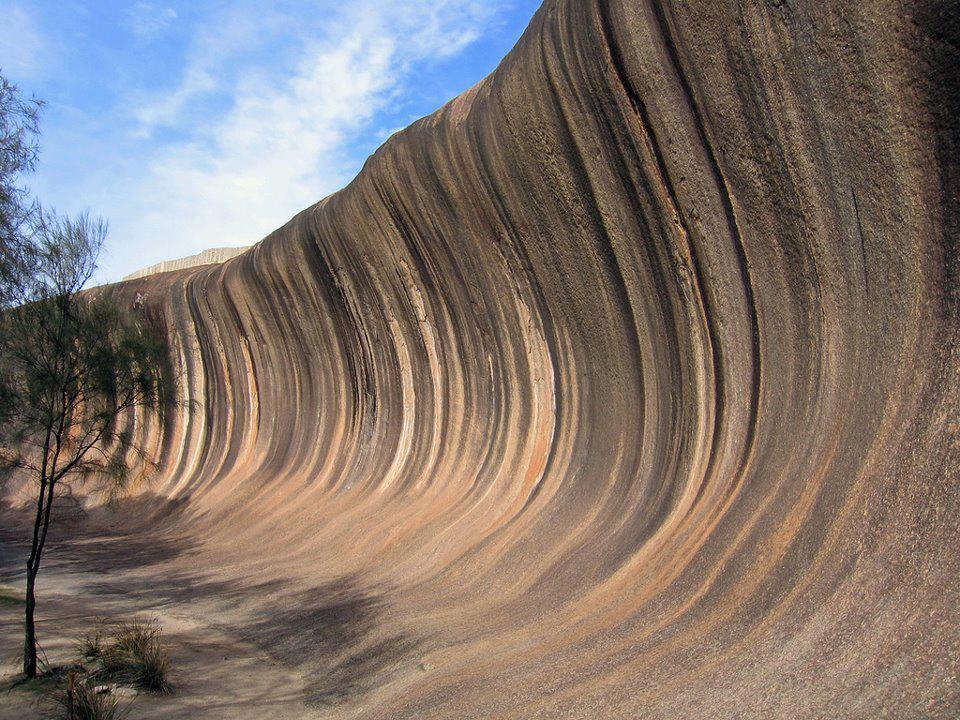 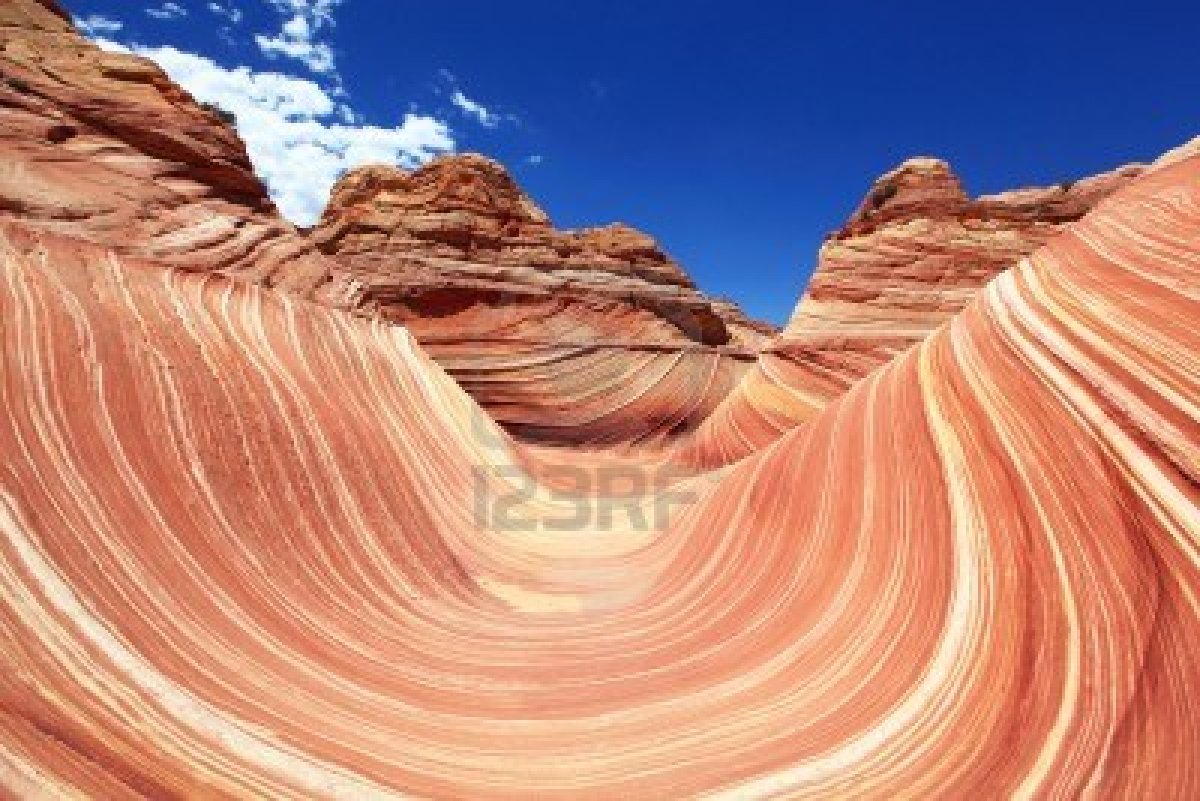 And what about the Giants' Causeway in Northern Ireland? 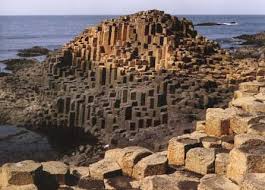 CAN YOU GIVE ME ANY INFORMATION ABOUT THEM OR ANY OTHER ROCK FORMATION IN THE WORLD????

The Giant's Causeway is located in County Antrim, in Northern Ireland. It is an unusual rock formation, which is a National Trust site and receives many million of visitors a year.
It is an extensive lava plateau of volcanic basalt rock which cooled rapidly. The vertical cracks, which formed during the contraction, shaped the lava into hexagonal columns. In a similar way as mud when it dries fractures into geometrical patterns. The horizontal cracks created layers like 'coins' stacked one upon another. The resulting landscape is quite spectacular.
There are similar basalt columns on the Scottish coast, on the island of Staffa at the location of Fingal's Cave. They're part of the same molten lava flow. It is perhaps because of the similarity between these two sites that the legend of The Giant's causeway evolved.
The legend tells us that the Irish giant Fionn mac Cumhaill challenged the Scottish giant Benandonner to a fight. He built a pathway across the sea, but when he saw Benandonner, he was afraid because he was so big and he ran home. His wife hid him in a cradle and pretended he was her baby. When Benandonner came searching for Fionn and saw the huge baby he thought that the father must be enormous and returned to Scotland breaking up the causeway as he went, so that Fionn couldn't catch him. Now the cause way disappears into the North Sea and reappears on the other side.
This legend seems to me a far more plausible explanation for the Giant's causeway.