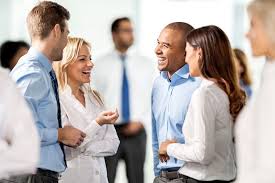 What do you think 'small talk' refers to? We're shortly going to York on our VII Study trip to the British-Irish Isles and we may be in this kind of situations many times. What can we do? 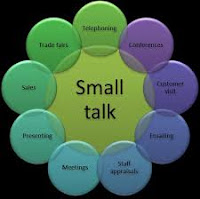 Here are some articles to read about the topic which may give you a clue about what to do:


A few things to learn about making small talks: How to make small talk during greetings 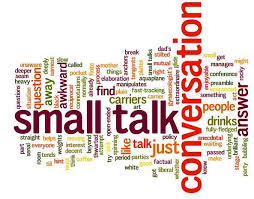 and a listening exercise  >>>>


Listening exercise for you to do: Debating veganism: How to change someone's opinion (6 Minute English, BBC Learning English

Some selectivity exams to do: Orthorexia & Wonder Woman (2018)

International Women's Day marked across the world (The Guardian)

Rewrite these sentences into the PASSIVE VOICE:

1. Bakers make bread from flour.
2. They offered Jane a wonderful job.
3. Somebody has sent me a strange letter.
4. Alexander Bell invented the telephone.
5. A woman was training the guard dogs.
6. People of all ages can play Trivial Pursuit.
7. People sell fresh eggs in Vélez Benaudalla.
8. She has packed the books.
9. Someone types letters for my boss.
10. Israeli troops have attacked the town several times since the beginning of the war.

Rewrite these sentences into the ACTIVE VOICE (remember you will sometimes have to invent a subject):

1. The castle was built in 1546.
2. The letters were being written in English by Jane.
3. The parcel has been sent from this post office.
4. Mobile phones mustn't be used during the speech.
5. These exercises can be done without using a dictionary.
6. John was asked a lot of difficult questions.
7. The jewel was taken from this box.
8. This site is visited by many students in Salobreña.
9. The job is going to be finished before midnight.
10. Diana was given a camera.


Lately we have been talking in 4º ESO about medicine and warts, here's an expression "warts and all", watch the video and tell me what it means:

Who was Oliver Cromwell, by the way?


Here's a good expression to learn:   to put someone on the map (The English We Speak)