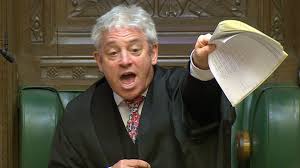 Times are really rough at the Houses of Parliament in the UK (What will happen after the vote on May's Brexit deal?  - The Independent) and there are angry discussions every now and then. So, the Speaker Mr Bercow has to intervene in order to calm down the MPs in the House of Commons.

Some questions about vocabulary and other matters:

- Which famous building are the Houses of Parliament next to?

- Which river passes by?

- What is the PM and what's his name? And an MP?  and why do we use the indeterminate article 'an' in front of MP if it begins with a consonant?

- What does the expression 'every now and then' mean?

- What does the Speaker do?

- You have the House of Commons. Have you got anything else? (the Two-House system)


And now here are some videos for you to watch:


Funny moments in the House of Commons

Talking seriously every time I come across matters such as Brexit, Catalonia..., they all remind me of the great poet John Donne and his words: "No Man is an Island". Do you know what he really meant?


Watch this too:  1    And the novel For Whom The Bells Toll written by Ernest Hemingway about our Spanish Civil War. He's trailer to film made based on this novel starred by Gary Cooper and Ingrid Bergman >>>


Here's another video about the problem of unemployment in Spain:

And now two interesting things for you to bear in mind if you are learning English: 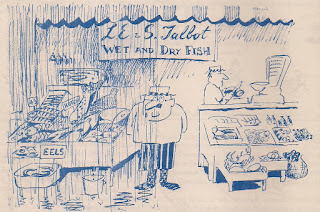 
What will happen to trade between the world and the UK after the Brexit???